I defended my PhD in 2007, which is almost a decade ago. However, people keep asking me where the ‘dr.’ comes from and what I did before I ended up in enterprise IT. This page is summarizing what I did in my years in research.

In the final year of my MSc study in physics, I got a taste of the real research and decided I wanted to explore this avenue more. So after my graduation I took a job at the TU Delft in the Netherlands and worked on some cutting edge stuff.

The main idea from the start was to investigate what happens at the interface between magnetic and superconducting materials when you connect them.

Why was this interesting ?

Superconductivity and magnetism are both believed to be phenomena originating from conflicting electron behaviors (or ‘states’) inside the materials. In laymen’s words: in magnets all electrons (which can be seen as tiny magnets called ‘spin’) want to point in the same way, while in superconductors they form pairs of opposite directions (one pointing up, the other down). Therefore, for a long time, it was expected that the interface between a superconductor and a magnet wasn’t terribly exciting: the magnetic state shouldn’t be able to enter the superconductor, and vice versa. 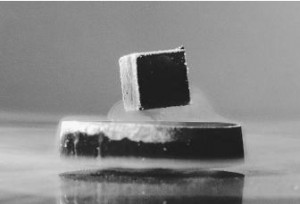 However, around the time of my MSc graduation some theoretical papers came out which predicted a different superconducting state (in which both electrons in the pairs point the same way) to be able to penetrate the magnet.

My research was focussed on finding this state experimentally.

To do this, I had to fabricate very small (nano-scale) electronic devices (in a cleanroom) and take measurements on them at very low temperatures (just above absolute zero, or -273 Celsius). The low temperatures were necessary as superconductivity is better understood and more prevalent at lower temperatures. The small scale of the devices was necessary to be able to really zoom in on the interface between the two materials.

Below I’ll list the most important papers I (co-)wrote, with a short explanation.

This is the paper in which we show the effect we set out to find: we measure a superconducting effect (current) which extends far into a material which is not only magnetic, but also a ‘half-metal’ (not to be confused with semiconductor) in which electrons which point down can not exist.

The magnetic material we used for measuring the effect above is Chromium dioxide (CrO2) which is best known for its use in high quality magnetic storage tapes. Remember the ‘Cr’ audio cassettes? 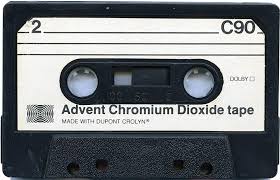 In our case we used thin films of this material deposited in a well defined way by researchers at IBM Research at Yorktown Heights. In this paper we observe certain electronic and magnetic properties which can be used for magnetic devices (at room temperature). Moreover we see a ‘biaxial’ magnetic switching behavior we used extensively in the Nature paper.

The PhD thesis - which includes the papers above - together with introductory text, theoretical and experimental background and some chapters which haven’t been published elsewhere, such as a detailed experimental and theoretical analysis of the CrO2 thin films magnetic behavior vs. layer thinkness, and an analysis of why the superconducting current in the Nature paper is in fact of a disordered (as opposed to ballistic) nature. 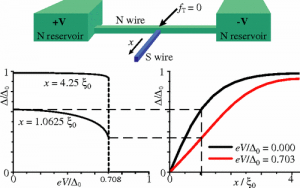 This is a special gem only sideways related to the focus area above. It’s special for a number of reasons, the first of which is because it’s a theoretical paper (instead of the experimental ones above). To appreciate why that is special, you have to realize physicists are thinking about other physicists in very black and white terms: you’re either a theorist or an experimenter, never both. The second reason why it’s special is because I did the calculations in this paper with my best friend (and then colleague in Leiden). Third, we predicted a cool effect in small superconducting structures, and finally, I got to do some coding: I wrote a very high performance simulation in C++. 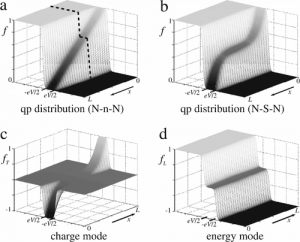