ZFS on Linux with all flash? 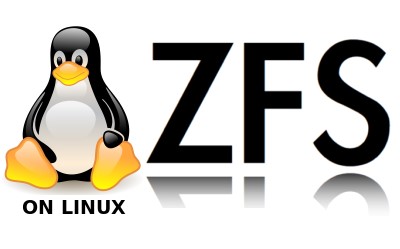 In the previous post I described how I mounted 4 NVMe flash drives in a single host in order to build an all-flash datastore. In this post, I’ll describe how to move from FreeNAS, TrueNAS (or any other ZFS host OS) to ZFS on Linux, and test if the performance is acceptable to continue with ZFS. Spoiler: it’s not.

Moving to ZFS on Linux

Still on the FreeNAS box, I extended my single SSD pool (yes really, NVMEe 1TB SSDs were expensive 3 years ago) to a pool with 2 mirrored vdevs through standard zpool commands. Afterwards I shutdown the VM and connected the disks (via passthrough/VT-d) to a new Ubuntu VM.

Installing ZFS on Ubuntu is easy as the essential parts are included in the kernel, and there’s a standard package for managing ZFS:

Instead of creating a pool, I imported my existing pool of 4 disks

The -f (force) option is because I didn’t export the pool properly in FreeNAS (shame on me).

The pool contains a ZFS volume (zvol) named iSCSIvol, which is a virtual block device to allow ESXi to connect through iSCSI:

We already measured the raw performance of one of the disks in an earlier post:

The next step is to get a measurement for the raw performance of the ZFS volume before things like iSCSI, VMFS, network or ESXi come into play. To do this, I created a new zvol on the zpool, and did the same experiment I did before, only instead of using the NVMe disk (/dev/nvmex) directly, I now accessed to the zvol test device (/dev/zvol/tank/test) directly from the VM containing the pool. The results:

So I expected some overhead, but this is terrible. Keep in mind the devices are mirrored, and there are two mirrors, so the real read performance should be 4x as good as, and the write 2x as good as a single device. ZFS requires a lot of RAM to perform, but for now consider the VM has plenty of RAM. The results are not CPU constrained either, as I increased the number of virtual CPUs (vCPU) until the VM was not constantly at 100% load. Instead, iostat -x measurements indicated the NVMe devices themselves were never utilized more than 25%, with the zfs device at 100%. Tuning ZFS doesn’t help here as performance traces showed most of the time was spent in spinlocks and mutexes. This is clearly a performance problem in the ZFS code, which becomes apparent as the NVMe devices are too fast.

These results are so bad in fact, that as much as I love ZFS, I can’t continue with ZFS as a backing for my all flash datastore until ZFS gets some much needed performance tweaks for all flash purposes. That’s why in the next post I’ll continue the same exercise with Linux software RAID and LVM, and see how that works.